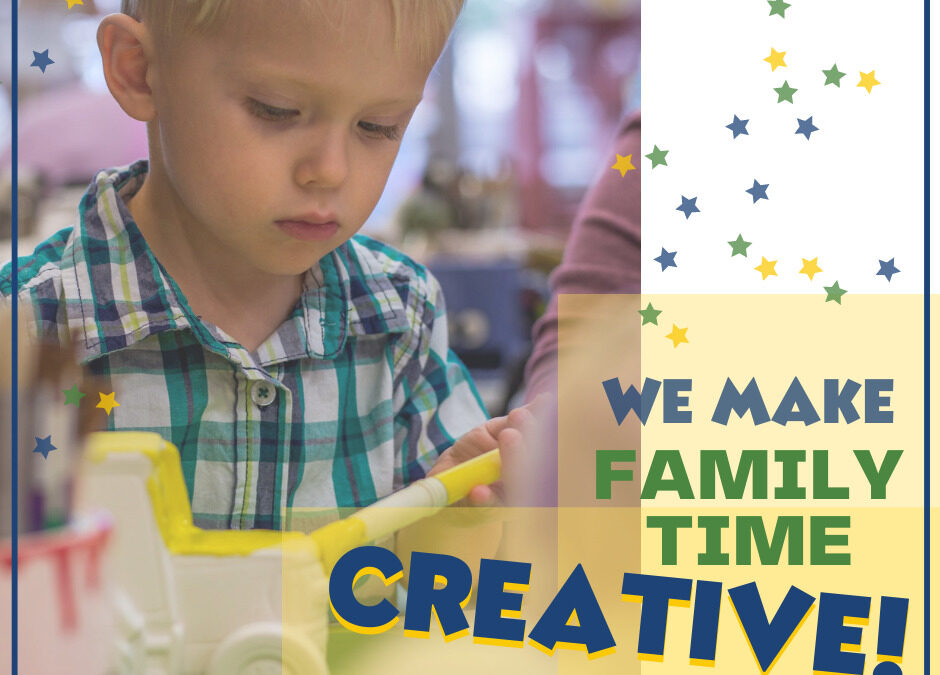 The health benefits of painting pottery with your family

The benefits of spending time with family and friends is such a critical component of a full, meaningful life.

The past year has been challenging, on so many fronts. We’ve been spending a lot (A LOT) of time with the people in our households. Interestingly, that is probably the best reason why we should be planning activities either out of the house or special events in the house.

As we continue to have social limitations, it’s so easy to operate on autopilot because, well, it’s easy. But did you know that making special time for unique activities (like painting pottery!) with your family benefits everyone on many levels? What can an afternoon of painting pottery do for your family? Here are some of the top benefits:

Improves Mental Health. Interacting with a close social network—especially face-to-face communication, as opposed to digital—significantly reduces the occurrence of depression, anxiety, and other mental illness. Being physically present with loved ones creates a strong emotional support to buoy you up through life’s challenges.

Helps children perform well academically. On average, kids who spend more time with their parents tend to do better in school. They learn communication skills and the importance of education. When needed, assisting with assignments or new concepts reinforces the fact that their success is important to you. Even just asking about their day and what they’re learning will show your children how much you care.

Lowers risk of behavioral problems. Children who spend more time with their families have shown less risk of behavioral issues, such as violence and substance abuse. When they receive positive attention for positive behaviors, it increases their desire to continue those healthy patterns. Doing activities together also provides an outlet for pent-up emotions that could otherwise lead to unhealthy decisions. If a child (or teenager) feels comfortable bringing problems to you for a listening ear and advice, they will be better equipped to cope with problems and make positive choices.

Boosts self-confidence. Spending time with family builds confidence for all of its members. Parents can teach children to build self-esteem through specific skills such as problem solving and communication. They can also model the ability to love oneself without degrading others. For parents and children, confidence grows simply with the knowledge that they are valued and appreciated by their loved ones. 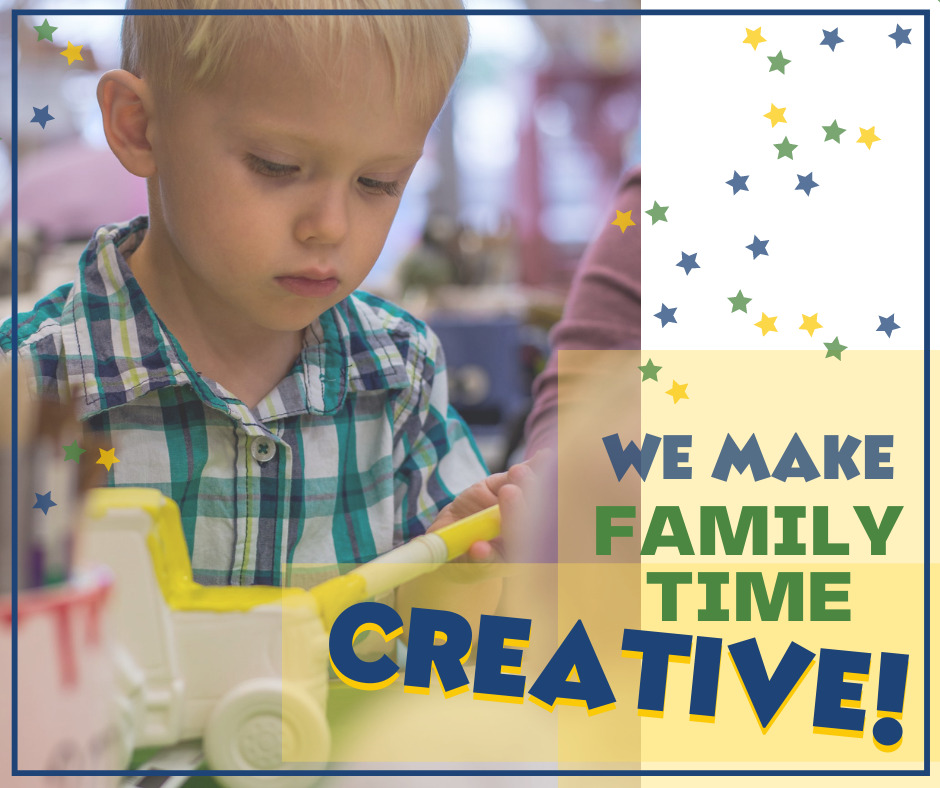 Helps kids learn future parenting skills. The memories you create together will instill in children a desire to foster that same loving atmosphere in their own future homes. Through your example, your kids learn important caregiving skills that they can use one day. They may even practice now by copying your behaviors when they interact with siblings.

Teaches effective conflict resolution. Being part of a family is fun, but it can be difficult, too. When conflicts arise, you can’t just walk away for good. You’re in this together, so you have to work together to solve the issues that come up. Family time teaches interpersonal communication skills including healthy, constructive ways to discuss, debate, and solve problems.

Reduces stress. Those with healthy relationships tend to seek out healthier coping mechanisms for stress—such as confiding in friends and family—instead of other unhealthy outlets. Establish a habit of talking through problems together to relieve stress and find effective solutions. Stress also significantly affects aspects of physical health, such as fatigue, blood pressure, and heart health. The Annals of Behavioral Medicine conducted a study that found when people discussed hardships in their lives with a friend beside them (instead of alone), they had lowered pulse and blood pressure readings.

Promotes adaptability and resilience. Your ability to face life’s changes and challenges is greatly improved by a strong family bond. Knowing that you belong, you are cared for, and you are needed, provides a sense of meaning and purpose. This assurance gives motivation to push forward, grow, and succeed.

Enhances physical health. With the right kind of activities, time with family can positively impact physical well-being. For instance, families who eat home-cooked meals together tend to have a better diet than those who don’t. Participating in outdoor activities like sports games, hikes, or gardening together helps to improve fitness. There’s even evidence that time with family can boost the effects of exercise and other healthy habits. It improves heart, brain, hormonal, and immune health. And families can encourage one another to maintain healthy lifestyles.

Lengthens life expectancy. Healthy relationships could increase your lifespan up to 50%. Combine all the physical and mental health benefits discussed above, and you can see why family time has been linked to living a longer, healthier, happier life. Even those with unhealthy physical habits, but a strong social network live longer than those without these relationships.

Now it’s time to find your local studio (https://paintyourownpottery.com/), pick out your projects and get creating! 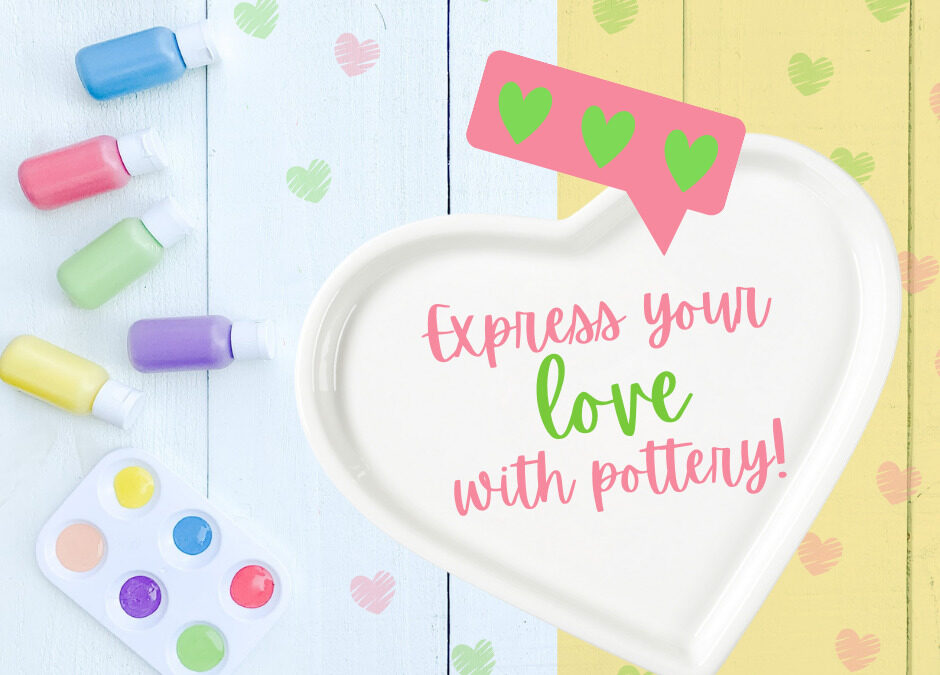 Love is in the air! Here are some fun facts about love and Valentine’s Day:

* Valentine’s Day started with the Romans. There are two theories about the origin of Valentine’s Day. According to History.com, the day derives from Lupercalia, a raucous Roman festival on February 15th where men stripped naked and spanked young maidens in the hopes of increasing their fertility. The second theory is that while the Roman Emperor Claudius II was trying to bolster his army, he forbade young men to marry (because apparently single men make better soldiers). In the spirit of love, St. Valentine defied the ban and performed secret marriages, as History.com reports. For his disobedience, Valentine was executed on February 14th.

* Passing out Valentines is a 600-year-old tradition. Each year, kids in classrooms across America hand out Valentine’s Day cards to their classmates. According to History.com, the oldest record of a Valentine was a poem Charles Duke of Orleans wrote to his wife when he was imprisoned in the Tower of London in 1415. For lack of a better phrase. the rest is history.

* Today, millions of greeting cards are purchased every year. We’re talking 144 million greeting cards being exchanged industry-wide every year for Valentine’s Day in the U.S. alone, according to Hallmark.

* Wearing your heart on your sleeve is more than just a phrase. In the Middle Ages, young men and women drew names to see who their Valentine would be, the LA Times reports. According to Smithsonian, they would wear the name pinned to their sleeve for one week so that everyone would know their supposed true feelings.

* Candy hearts were originally medical lozenges. In 1847, Boston pharmacist Oliver Chase invented a machine that simplified the lozenge production process, resulting in the first candy-making machine, according to The Oxford Encyclopedia of Food and Drink in America. After identifying an opportunity to revolutionize the candy business, Chase shifted his focus to candy production with Necco wafers.

* The candies got their iconic shape much later. It wasn’t until 15 years after the creation of Necco wafers that Daniel Chase’s brother, Oliver Chase, developed a way to press words onto the candy lozenges with a felt roller pad and vegetable food coloring. According to HuffPost, the conversational candies officially became heart-shaped in 1902, and today Necco says about 100,000 of them are sold each year.

* The heart shape wasn’t always a romantic symbol. According to Time, the heart was once widely believed to be humans’ center of memory, where feelings of love were recorded. However, we have French and Italian artists from the 14th century to thank for the symbol that we know and love today, as they were the first ones to start using this motif in their work.

* Cupid’s bow and arrow weren’t just for show. In Roman mythology, Cupid is the son of Venus, the goddess of love and beauty, as Medium reports. According to CNN, he’s often depicted with a bow and arrows to pierce hearts and cast a spell of love. 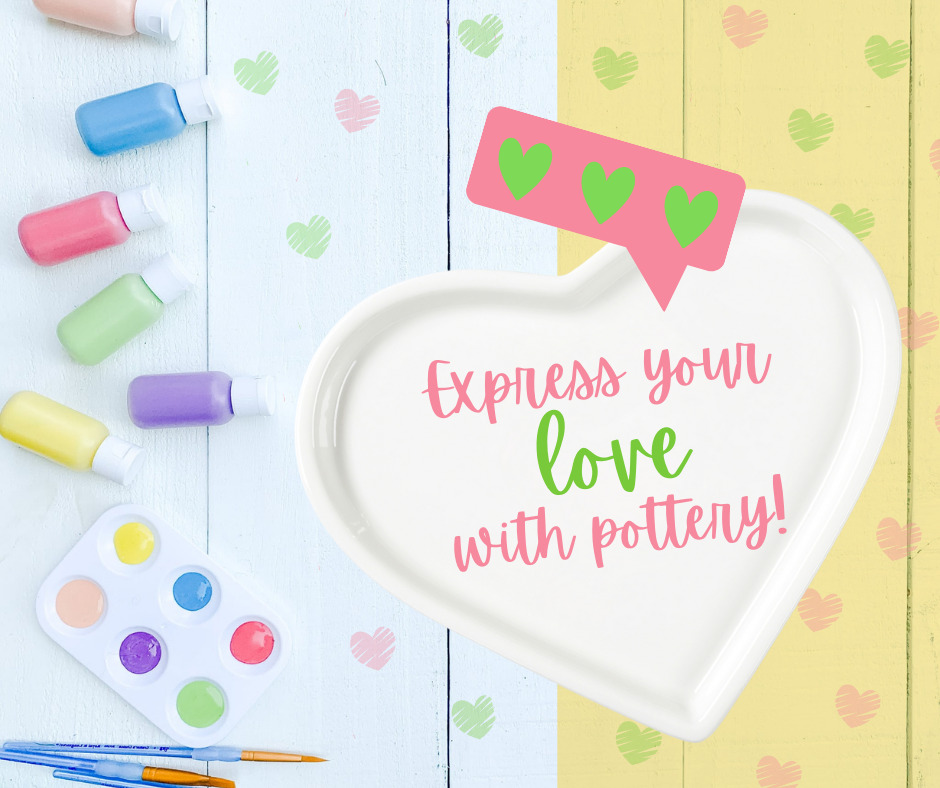 * Valentine’s Day is a popular holiday to get engaged. This seems fitting: A 2017 study by diamond retailer James Allen found that 43 percent of millennials chose Valentine’s Day as their ideal day to propose or be proposed to.

* The chocolate box has been around for more than 140 years. In addition to creating arguably the richest, creamiest, and sweetest chocolate on the market, Richard Cadbury also introduced the first box of Valentine’s Day chocolates in 1868, as History.com reports.

* It’s not just for humans. People really do love their pets, because according to the National Retail Federation, 27 percent of people celebrating Valentine’s Day in 2020 say they are also buying gifts for their pets. Spending on Valentine’s Day gifts for pets has also grown significantly, going from $450 million in 2010 to more than $1.7 billion.

*Experiential gifts are on the rise. In 2017, 40 percent of consumers told the National Retail Federation they wanted an “experience gift”— aka tickets to a concert or other event, an outdoor activity, or an evening out like PAINTING POTTERY! This gift option is particularly popular with millennials: 45 percent of people ages 18-24 and 40 percent of people ages 25-34 said they planned to give experiences for Valentine’s Day.

* Galentine’s Day has become a beloved spinoff holiday. Galentine’s Day may have originally been a holiday made up by geniuses behind the hit TV show Parks and Recreation back in 2010, but that doesn’t mean it’s not 100 percent real. According to the National Retail Federation, since 2010, spending on Valentine’s Day gifts for friends has nearly tripled, going from $737 million to a whopping $2.1 billion.

* Teachers are the number one recipient of Valentines. And honestly, who else is more deserving? Oftentimes classrooms in elementary schools do fun Valentine exchanges to celebrate the holiday, which means that teachers often receive a sweet note from each of their students, making them the group of people who receive the most Valentines, according to Good Housekeeping.

* There’s more to wearing the color red than you might think. The color red has connotations of passion and sexuality, and it turns out science can actually back up those ideas. At the University of Rochester, psychologists found that men found women wearing red or standing in front of a red background to be significantly more attractive and sexually desirable than women wearing different colors. And it’s not just women who are more attractive in red. The study found that women also had the same views of men who were sporting the color. So maybe now’s the time to buy that red dress you’ve

* X’s and O’s didn’t always mean kisses and hugs. It’s believed that signing with an X comes from the Middle Ages, when an X was used in the place of a signature because many people couldn’t read or write, according to The Knot. It also was a Christian symbol that represented the cross, and the idea is that the history of Christians kissing statues of Christ or kissing the bible led to X getting its meaning as a modern-day kiss.

© CCSA and PaintYourOwnPottery.com, 2020. Unauthorized use and/or duplication of this material without express and written permission from this site’s author and/or owner is strictly prohibited. Excerpts and links may be used, provided that full and clear credit is given to PaintYourOwnPottery.com and with appropriate and specific direction to the original content.